Message from the Chairman

I am excited about beginning 2012 as the new president of the American Friends of ARSP and I look forward to connecting with each of you about the work of our small, but important organization in the coming year.

Let me start by thanking my predecessor, Nick Lane, for his ten years of service. He has worked hard - and far longer than he initially intended - to promote the work of ARSP in the United States and to support the staff and volunteers in their peace and reconciliation work.

Like many of you, my own journey with ARSP began as a project partner. The small non-profit organization that I direct - Interfaith Hospitality Network - organizes religious congregations of many faiths to house homeless families in Philadelphia. Like ARSP, it seeks to create understanding and promote sharing between people from different cultural and socioeconomic places in life. For several years now we have had an ARSP volunteer help us in this work.

My encounter with these volunteers changed me. As a daughter of an American Jewish soldier who served in Germany during the Second World War, I grew up suspicious of all things German, including the people themselves.  While not learning to “hate,” I was definitely taught not to forgive and not to forget.

But the reality of these young ARSP volunteers, who came here to quietly serve the same people I wanted to help, directly confronted my deep-seeded image of Germany. Ultimately, it was the concept of “reconciliation,” with no requirements beyond the meaning of the term, that enabled me to open up to a different view of Germany and its people.  In 2008,  I decided to become more involved, and joined the board of the American Friends to look for ways to involve my own Jewish community in the work of reconciliation -  as well as promoting more understanding between all people who are different.

ARSP's core program brings young German volunteers to the United States and sends a smaller number of American volunteers to Holocaust memorial sites in Germany.  Our goal as the American Friends is to support that program financially and through expanded mentoring of the current volunteers.

But equally important, we want to create opportunities for all of us to directly engage in ARSP's work of reconciliation, intercultural understanding and social justice through new programs - seminars, workshops, presentations and discussions - in the cities where ARSP and the American Friends have a presence.  We also want to find ways for Americans to directly experience ARSP's work in Europe and Israel.

I look forward to meeting and working with you in taking the next steps to strengthen ARSP. 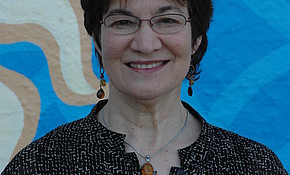