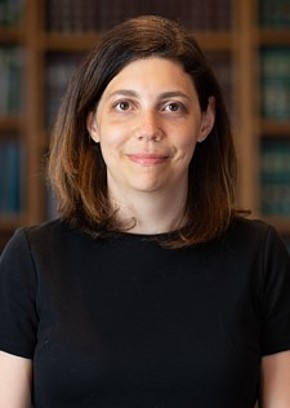 My involvement with ARSP began in 2007, when I spent a year volunteering as a researcher and tour guide at the Dachau Concentration Camp Memorial Site in Germany. My job gave me the opportunity to connect with young people and engage them in deep conversations about the Holocaust and how we can apply lessons from the past to problems we face today. I also had the honor of working with several survivors, who generously spent their retirements bearing witness to the horrors they experienced during the Holocaust, while also fighting anti-semitism and other forms of discrimination in today’s society.

On a personal level, I feel deeply connected with ARSP's mission of fostering intercultural communication and learning from our past. As an international volunteer in Germany, I was often confronted with the term"Vergangenheitsbewältigung," which roughly translates to "the struggle to overcome or grapple with the past." ARSP's work pushes volunteers to think critically about past wrongs while also focusing on ways to build a more peaceful and just world in the present. It emphasizes the importance of interpersonal relationships and dialogue to promote understanding across cultures and generations. And it empowers young people to identify and fight injustices in their own communities.After my year of service, I returned to the States, completed my education,and eventually moved to Brooklyn, NY. I always felt connected with ARSP’s work and mission, so I was thrilled when asked to join the Board.

For several years, I helped to mentor young German volunteers who were working with project partners in New York City. Although I recently relocated to Vermont, I hope to remain engaged with the volunteers and find new ways to support ARSP’s work.In the coming years, I look forward to working with our Program Director and the Board to strengthen ARSP's work in the United States. The Board is actively discussing ways in which we can lend additional support to our project partners, volunteers, and host families. I encourage other Boardmembers, project partners, former volunteers, and anyone interested in becoming more involved with ARSP to reach out to me with any questions or ideas you'd like to share.