History of ARSP in Germany

"We plead for peace" 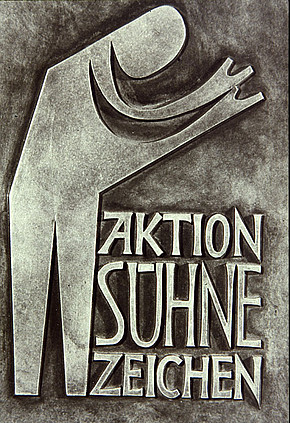 The appeal at the founding of Aktion Sühnezeichen/Action Reconciliation starts with acknowledging Germany’s guilt for Nazi crimes. The appeal was read out loud during the synod of the Evangelical Church in Germany in 1958 and it was signed by two thirds of its members.

It states the following: “We Germans started the Second World War and for this reason alone, more than others, became guilty of causing immeasurable suffering to humankind. Germans have in sinful revolt against the will of God exterminated millions of Jews. Those of us who survived and did not want this to happen did not do enough to prevent it”.

Convinced that the first step towards reconciliation had to be made by the perpetrators and their descendants, the founders of Action Reconciliation pleased that “the other nations, who suffered because of us, will allow us with our hands and with our means to do something good in their countries” as a sign of reconciliation and peace.

Action Reconciliation was founded by Protestants, but right from the start it has seen itself as ecumenical and open to other religions, beliefs and convictions: Everybody who is committed to the cause which led to the founding of ASF/ARSP is welcome to work with us.

ASF/ARSP was founded as an organisation encompassing all of Germany, but the division of Germany soon impeded joint efforts: Aktion Sühnezeichen began its work in the GDR in 1962 with clearing activities at three churches in Magdeburg which had been destroyed during the war. This was the starting point for developing an extensive program of short-term voluntary services: the summer camps.

In West Germany, Aktion Sühnezeichen started its work in 1959 with the construction of a holiday camp for working-class families from Rotterdam in Ouddorp in the Netherlands. In the course of the 1960s, our projects, initially mainly construction projets, shifted their focus to social services for peace (in Germany and abroad). In 1968, the organisation changed its name to Aktion Sühnezeichen Friedensdienste (ASF).

When Germany was united, the course was set for combining the two branches. Since 1991, staff, members and volunteers in the East and West have been working together to continue and further develop volunteer services under the name Aktion Sühnezeichen Friedensdienste/Action Reconciliation Service for Peace.

In the past few years ASF/ARSP’s work has become more and more international. Since 1995, initiated by requests from partner organisations in countries where we carry out our projects, we have had volunteers from outside Germany in long-term services for peace.

Since the turn of the millenium, we have added the tri-lateral volunteer programmes: since 2001 ASF/ARSP volunteers from Germany and Poland have worked together in joint projects in Great Britain. Since 2009, German and Ukrainian have been active in joint ASF/ARSP projects in Poland. Our volunteers get a chance to change their perspective and intensively discuss the significance of National Socialism in their respective countries or origin. A new and peaceful path emerges while working together.