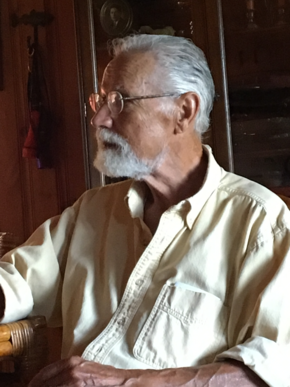 Victor P. Ehly has made the study of religion a life-long pursuit and a passion for the discovery of ever new and exciting examples of the human expression of belief, ritual and action. He has two degrees from Yale Divinity School and a Ph.D. from Florida State University, studying with his mentor, Richard L. Rubenstein. Victor has a body of scholarship reflecting on the meaning of Holocaust of European Jews. His interest in the Holocaust was awakened when he served as a volunteer staff member of Action Reconciliation Service of Peace in Berlin, Germany in the 1960s. Around 30 years later Victor was a founding board member of the American Friends of ARSP and served for many years as their secretary. To this day Victor P. Ehly is a reader of the German ASF Magazine “Zeichen” and a supporter of Action Reconciliation Service of Peace.