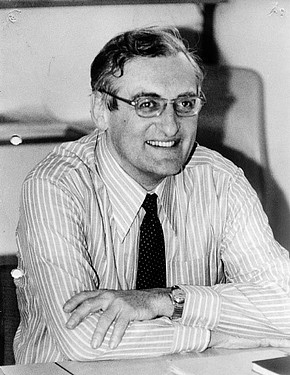 Upon my arrival in Berlin in the fall of 1967 as an exchange pastor from the Disciples of Christ Church to work with Dr. Franz von Hammerstein, I had the distinct impression that he had forgotten I was coming! Franz had a certain air about him—the quintessential “absent minded professor.” Of course he had not forgotten I was coming; he simply had many other things on his mind. He made me comfortable in a tiny room in the Frankenallee offices of the Berlin Social Services Center for Industrial Youth in Charlottenburg, where he was an administrator, while he made some contacts for more permanent quarters. The incredible personal and family story of Franz von Hammerstein was well known to me before leaving for Germany, but I had no idea what to expect. I was immediately invited for dinner with his wonderful family, and soon I was serving as chaplain at the Evangelische Academie in Wahnsee and helping with the orientation of groups of young people going abroad through Action Reconciliation. Franz knew what he was about. Growing up in a family that stood up against Hitler and his own experiences as a young boy in the concentration camps as a result, had given him a sense of what really matters and the good sense to disregard so much of the surface trivialities of life. And Action Reconciliation was what really mattered to Franz—reconciliation for crimes of the past and the promotion of international, intercultural, and interreligious understanding to prevent such crimes against humanity from happening in the future. Franz lived a life of service. Nothing else really mattered.