On building leadership against corrupt politicians. About a life-long passion. 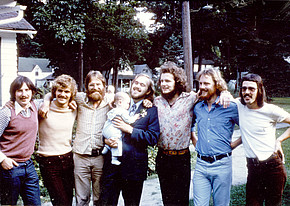 As a community organizer at NCO, I worked in the East Humboldt Park neighborhood of Chicago from 1972 to 1974. At the time a poor community, with Eastern European as well as immigrants from Puerto Rico. The neighborhood was literally burning down; daily arson fires would destroy abandoned homes. I organized block clubs to respond to the need for police action to stop the destruction of the community. In the process, I found Dorothy Maeda, to provide the leadership for our efforts to hold the alderman Tom Keane, the second most powerful politician next to Mayor Daley, accountable. The organization we built demanded and won an investigation of Mr. Keane and his involvement in land speculation, which we thought to be the cause behind the arson fires. Ultimately, as the result of these efforts, Mr. Keane was removed from office, convicted and jailed. He was replaced by a community leader from the Puerto Rican Community, today's Congressman Gutierrez.

Gerhard Letzing, 1972-1974 Northwest Community Organization NCO, Chicago, IL. Gerhard married in the US and became a citizen. He is Executive Director Emeritus at Washington State Association for Justice. Most recently, he organized the West Coast to save Obama Care.