In the 1970s, dozens of US volunteers worked in community organizing. Thomas Fues was the initiator of this. Here he reports, also for the historical record, how this engagement started. And how later, in the early 1990’s, community organizing went in Germany. 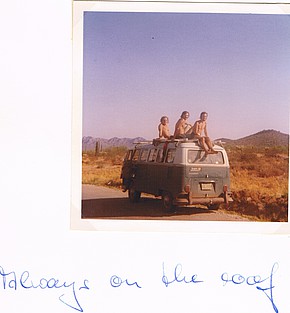 In September 1971, I had the privilege to travel to the U.S. as volunteer of ASF. At that time, the organization did not have a representative there, instead relying on the services of churches in the country. After arrival, I therefore joined the four-week preparatory seminar of the United Church of Christ in Pennsylvania. As our time in a wonderful rural setting drew to an end, I received a catalogue of possible placements. I immediately opted for a community organization (CO) in Chicago, a decision I never regretted. I joined the Northwest Community Organization (NCO), which was built on the principles of the legendary Saul Alinsky1.

Beginning in the 1930s with the South side of Chicago, he had developed a distinct style of mobilizing grassroots power in neglected, low-income districts. When I got to Chicago, the director of NCO, Shel Trapp2, and impressive community leaders like Gale Cincotta3,4 were just beginning to address national issues like redlining, which meant that banks would refuse credit to poor areas.  Through a countrywide coalition of neighborhood organizations, they successfully fought for effective legislation to stop such discriminatory practices.

100 DOLLARS WITH LOTS OF PAYBACK

After a short while, Shel Trapp became convinced that hosting an ASF volunteer was a profitable proposition, considering the minimal payment for long working hours and high motivation. In spring 1972, he gave me 100 Dollars and requested that I should get more of my kind. I immediately returned to Germany and was lucky enough to join an ongoing preparatory seminar of ASF in Bueckeburg, which, by that time, also included those heading for the U.S.

My marketing pitch for community organizing must have hit a nerve with the participants. Almost immediately, ASF volunteers came streaming into Chicago to join various neighborhood organizations. And Shel Trapp happily pocketed a fee for every person he transferred to placements outside of NCO. After a while, ASF organizers also went to other cities belonging to Trapp’s network.

MANUAL OF COMMUNITY ORGANIZING IN GERMANY

Over the years, the group of CO volunteers developed some sort of common identity. Many among them were convinced that they represented the spearhead of social movements, being the most effective agents of political change. One could sometimes even feel a sense of rivalry with ASF volunteers active for the United Farmworkers (UFW)5, a powerful union in the 1970s that was also inspired by Alinsky principles. The Germans worked for urban support committees, which often used confrontational tactics so common in community organizing.

After returning home, many others and I put the CO training to good use in our political engagement and professional work. Independent of our individual experiences, Alinsky-style organizing later gained a following in Germany, as illustrated in a recent publication of the Forum Community Organizing (FOCO)6 and Stiftung Mitarbeit in collaboration with DICO7, the German Institute for Community Organizing (Handbuch Community Organizing: Theory and Practice in Germany; text in German available at:

9 Don Elmer works on a “Community Organizer Genealogy”, for which he interviewed 100 colleagues. He would like to include the “German organizers”. https://library.brown.edu/riamco/xml2pdffiles/US-RPB-ms2015.016.pdf