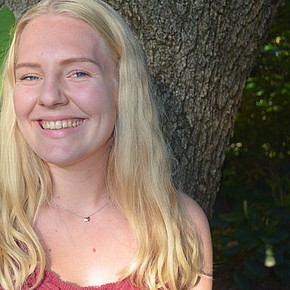 2020 is for America the year for political change. Back home in Germany, especially young people are eagerly awaiting the next federal elections in 2021. Politics have been changing rapidly in the last three years. The Conservatives and Social Democrats have been losing support, especially from the young generation. The Green Party is on the rise and polling at 24% (Jan 24, 2020) compared to 8.9% in 2017. It might surprise some that, of the same time, the right-wing AfD party has only managed to gain about 1.5% in national polls. A change in government is inevitable as the governing coalition of Conservatives and Social Democrats cannot be sustained. I ask myself – What is next and what is Germany’s role in a strong Europe?

I attended a series of events with the Co-Chair of the German Green Party – Robert Habeck. He outlined his vision for transatlantic cooperation and the future of Europe.

Robert Habeck sees the global climate crisis as “the defying political issue of the 21st century,” which will be “the central issue of our security, our economies, social justice at home and around the globe, our health and the health of our democracies.” He wants to transition Germany and Europe to a post-Fossil-Fuel economy. For him, the key is to make this transition socially sustainable in the long run, including reintegration and appreciation of workers in the fossil fuel industry, creating a common European fiscal policy, and rewarding ecological behavior with an European Energy Dividend. The Carbon Tax money will be paid back to the people, leaving lower income houses and smaller polluters at an advantage. In other words: “Climate policy cannot be a separate area within the EU portfolio, but it has to be an integrated part of all European policies and strategies.”

Robert Habeck sees young people in the “School-Strike-for-Climate” movement at risk for becoming democratically unmotivated and turn radical, if the government continues to ignore their demands. They are the future change makers of democracies.

Germany and France have to play a leading role in investing in the EU to reunite a divided continent. Habeck’s vision includes the creation of an European Defense Fond and the emergence of a federal European Republic. He also believes that the EU should make solar agreements with the Middle East to help them transition to a Post-Fossil-Fuel economy. He strongly disapproves of the current US administration for leaving Syria and planning to leave Iraq and Afghanistan and making way for Russia, China, Turkey, Saudi Arabia, Iran and Islamic groups to further destabilize the region.

I agree with Robert Habeck that climate policy must be integrated in every part of the EU portfolio and hopefully worldwide. I think that, at least in the next decade, a federal European Republic will not be possible. Still, European cooperation will increase over time and maybe, just maybe, a federal European Republic will be created one day. I did not expect to hear the German Greens supporting US military presence in the Middle East, but I understand his concerns. People are getting more frustrated with the current government and I hope the next election brings positive change. There are good news coming from neighboring countries. In Austria, for example, the conservative ÖVP formed a coalition with the Green party excluding the nationalistic FPÖ from the government.