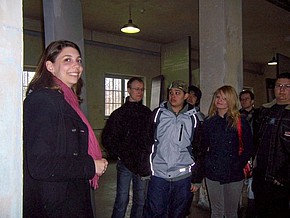 Spending a year volunteering at the Dachau Concentration Camp Memorial Site was one of the most rewarding experiences of my life. The bulk of my work was divided between giving tours of the memorial site with the Church of Reconciliation and researching and translating materials for an exhibition with the Remembrance Book Project. I primarily led tours for groups of German high school students. It was fascinating for me to see how this new generation has processed their country's past. The groups' attitudes varied from interested and engaged to bored and apathetic. I'm most proud of the work I did for the "Names Instead of Numbers" exhibit with the Remembrance Book. I had the opportunity to meet the family members of survivors and felt the awesome impact that personal narratives can have on our understanding and internalization of history. I also had the chance to work with a survivor to write a short biography on her younger brother, who died as a teenager in one of the Dachau sub-camps. Although my work at Dachau was often challenging, it was also a great learning experience helped to foster my awareness of modern social justice issues and the need for ongoing activism in the battle against racism and injustice. 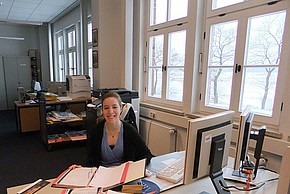 When I learned that I would be spending my year of volunteer service working at the Neuengamme Concentration Camp Memorial, my first question was: What exactly is Neuengamme? I consider myself fairly knowledgeable about World War II, but I had never heard of the concentration camp before. Click here for more.

On my first day of work, I took the bus from Hamburg proper to the site of the memorial. Through the window, I could see fields, gazing animals, and traditional half-timbered farmhouses. At my first glimpse of the former concentration camp, I was struck by the size of its brick buildings; later I found out that Neuengamme was in fact the largest concentration camp in Northwest Germany! Since starting my service, I have realized that many people besides me-both in Germany and abroad- are unaware of Neuengamme's existence. Because I am the first native speaker of English to volunteer at the site, my assignments are focused on making the archive more accessible to English-speaking researchers and visitors. Currently, I am proofreading a transcription of a trial of the leaders of the camp conducted by the British after the war. I am excited to be working at the memorial and I already feel dedicated to ensuring that its historical significance will be more widely recognized in the future.

Seeing The Impact Of My Service 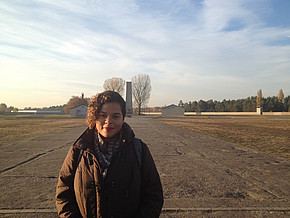 "Currently, I am doing research on the American prisoners that were in the Concentration Camp. Within two days my research expanded into working with the Museum and Memorial Buchenwald and Dachau, and the United States Holocaust Memorial Museum in Washington D.C. to gather more information. I am excited to see how far my research will go and what connections I will be able to build through it. My hopes are to incorporate this information with English tours for American groups, and to help Sachsenhausen with the portrayal of these victims."

Helping To Keep The Memory Alive 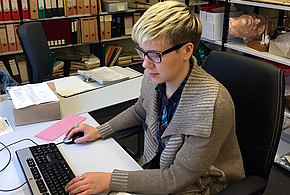 "I am part of a small team of historians, educators, and volunteers responsible for two memorial sites in Brandenburg an der Havel: one for the victims of the euthanasia killings in Brandenburg and one for the Brandenburg-Görden Penitentiary, which was a prison and execution site during the National Socialist regime. Before arriving in Brandenburg, I already knew I was fortunate to be coming to this project.  I knew I would have the opportunity to delve deeply into two important yet oft overlooked topics within National Socialist crimes: the barbaric eugenicist policies that led to Action T4 against the ill and disabled—the first mass killings in the Third Reich, which laid the groundwork for later genocide—and the implementation of Nazi ideology and terror within the justice and penal systems."

Read ARSP Volunteer Corinna Munn's post about her service at the Memorial Site of Brandenburg an der Havel.

From LA to Berlin: Adventure is out there!