"You Can Only Grow Together When You Know Each Other" 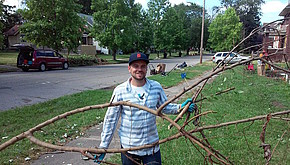 "Two and a half weeks went by quickly, filled with activities, working in the garden, and encounters. During this time we might have missed out on sleep but we also had the chance to connect with the people we worked with and the city that hosted us. And those connections allow us to not only preserve our time in Detroit as a cherished memory but let it shine into our present. " 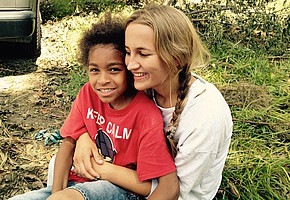 "'Teamwork makes the dream work.’ This slogan explains best how we were actually able to achieve as much as we did—by working together. It was great to see how we were able to overcome all potential prejudices and simply unite for this good cause. As we learned during our session on “Intellectual Empathy” with Maureen Linker from the University of Michigan, it is normal to have prejudices. No one can or should deny it. But it is all about trying to overcome them by starting communicating and interacting. I truly believe that by interacting with people from different backgrounds you learn the most. This is why I applied for this program. I wanted to broaden my horizon."To read more about Fiona’s thoughts on her time with Growing Together Detroit, please click here.

"It Has Changed My Perspective Entirely" 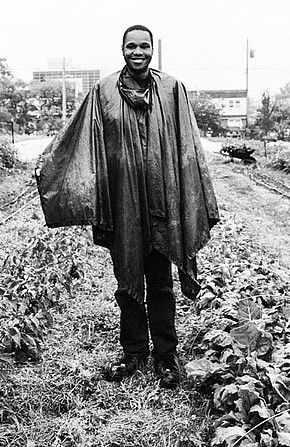 Horace from the U.S.

"From my perspective: The Holocaust Memorial Center was the highlight experience of it all; learning more about the Jewish culture and their history was really interesting. I didn't know much about the Holocaust before, when I was a kid. It was never taught in school where I was from, which is strange. Now knowing what I know, it has changed my perspective on the world entirely. I just hope more people (of all cultures) can learn from this experience, to prevent horrible things like the Holocaust from ever happening again.”

"Our World Is In Good Hands With The Next Generation"

"There are few more worthwhile experiences as a citizen diplomat - a German Honorary Consul - than to see the coming-together of the Growing Detroit Together program this summer!I was so impressed with the concept of bringing together disparate groups to work in a totally unknown environment on a project that was definitely for the "common good."

My compliments to those who came up with the idea, those who helped fund it and make it happen - and to the participants themselves. Spending time with them assures me that our world is in good hands with the next generation of leaders. All we need to do is create opportunities for them to know each other and work together.I am so happy my partner, Jim Stokes, and me were included in your program plans."

"This Cultural Exchange Opened The Eyes To Both Sides"

"Having young people here from Germany was an amazing opportunity for cultural exchange for the young and old Detroiters associated with Eden Gardens. There were no pretenses of what should or should not be. The participants ofGrowing Together Detroit were open to learning about Detroit,Eden Gardens, and the little community the surrounds it. They came with an open mind, not judging, fearing or thinking the worst before they entered the inner city. They worked along side young students from Detroit. They didn’t think they were thugs. They saw them as normal young people, just like the youngsters from their country. The students from Detroit enjoyed the exchange. They were excited to learn about another culture and work side by side with the students from Germany without hesitation."