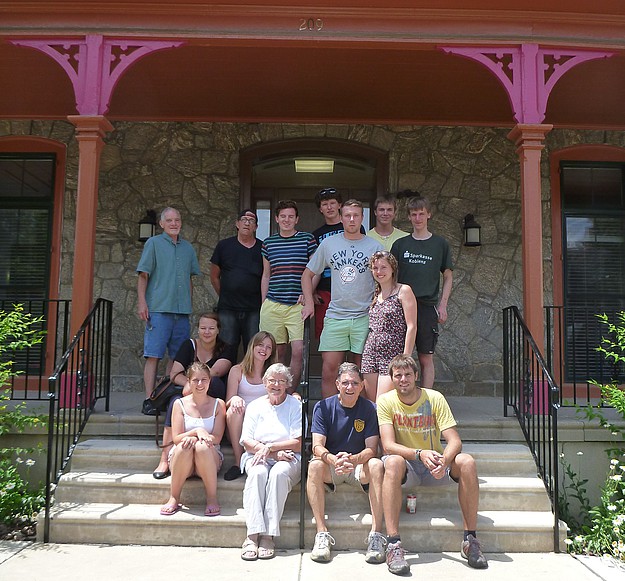 ARSP co-sponsored a special Summer Camp late June/early July to bring German and American participants together to use their hands to fight homelessness, while using their hearts and minds to build understanding across ethnic, class, and cultural lines.

The annual “Sommerlager” (summer work camp) 2012 brought together 13 young Germans and Americans in Philadelphia. Together with the staff they created an outdoor space for the tenants and neighbors of My Place Germantown (MPG) – a new residence in Philadelphia that provides permanent housing for 12 formerly homeless men, most of whom also struggle with physical and mental disabilities.

2012 marks the 50th anniversary year of the Sommerlager program, whose roots lie in ARSP's branch in the former East Germany. Since ASRP’s activities in the East were restricted by the communist government then in power, volunteers would select a project in East Germany or a neighboring Eastern European country and discretely arrange to meet there to undertake the work. Over time the program grew and received official recognition. Following German reunification, the two Action Reconciliation organizations in East and West re-united, merging the volunteer program from the West with the Sommerlager program from the East.

The US Sommerlager program 2012 was sponsored by Volkswagen.